The latter was also recognised as “best of show” in its category, i.e. the best Ripasso in the competition. The award-winning wines can be tasted at the Mundus Vini area of ProWein, one of the most important international exhibitions for wine professionals, to be held in Düsseldorf from 18 to 20 March 2018. 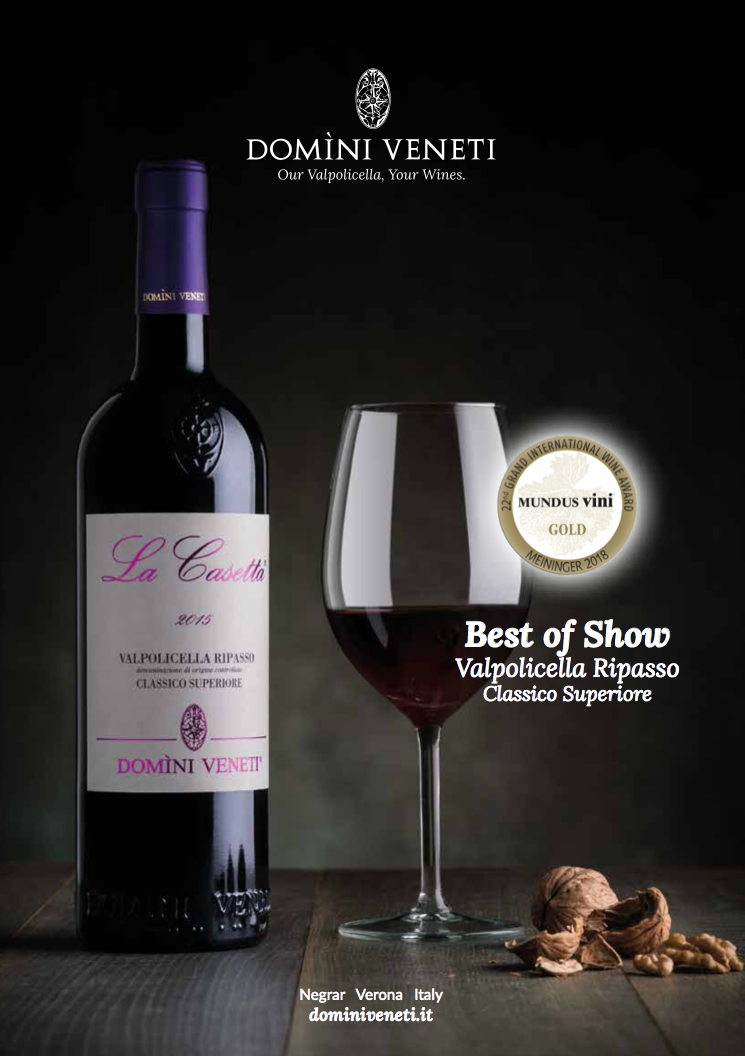 What is the Ripasso technique?

The Ripasso technique is a traditional method of Valpolicella which has been rediscovered and enhanced in recent decades. It consists in leaving the Amarone skins in the fermentation vat – as is done for our Ripasso Vigneti di Torbe, or the Recioto skins for our Ripasso La Casetta – and adding an equal quantity of fresh Valpolicella wine, thus starting a new fermentation phase lasting about 7/10 days. The resulting dry red wine has a higher alcohol content than Valpolicella, a more intense colour and a complex aroma.

The production process of the other wine awarded at Mundus Vini, our Verjago, is instead different. In this case, its grapes – which are always handpicked in the hilly vineyards – are left to dry for 40 days in the drying room; after ageing for more than a year in large oak barrels and another three months in bottles, the result is a Super Valpolicella that conveys typicality, tradition and the pursuit of excellence.