Inspired by the Italian winemaking tradition and aimed at promoting the local roots, the territory and typicality, Vinibuoni d’Italia gives a clear message to consumers and to the Italian and foreign market about wine made in Italy. The guide is unique at Italian and international level because it is the only one dedicated to wines from indigenous grapes, that is to say those wines produced 100% from vines that have been present in the Peninsula for over 300 years.

Vinibuoni d’Italia is based on an exceptional selection process for commitment and transparency. In fact, over 80 tasters gather together in 21 work commissions operating in their region of competence.

The final for the awarding of the highest recognitions, namely the Crown and the Golden Star, is carried out publicly and is open to media participation, a unique case in Italy.

Following the tastings and selections made by the commissions of the Vinibuoni d’Italia guide in the National Finals held in Orosei last July, Recioto della Valpolicella docg Vigneti di Moron 2014 obtained the CROWN, that is the maximum recognition that the Guide attributes to wines of excellence. 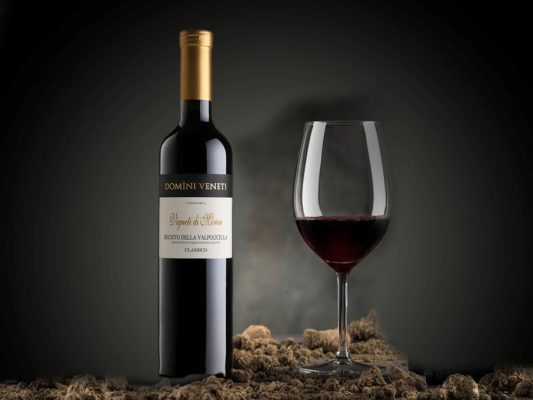 The elegant Recioto Vigneti of Moron owes everything to the microarea of ​​the autochthonous vineyards that, like few others, is synonymous of vocation for the great wines, in particular for the Recioto.

They are located in the heart of the Valpolicella Classico, on dry-stone terraces in the hamlet of Moron, between the hills of Negrar, at about 250 meters a.s.l. with south-east exposure and mainly on loamy-sandy soil, partly on alluvial debris.

The grapes are usually harvested in the last week of September, exclusively hand-picked. Then, they are dried in drying rooms for 130 days. After crushing and a long fermentation, the wine is aged in Allier barriques and later in bottle.

The 2014 vintage began with a dry winter and temperatures above historical averages, but continued with heavy rainfall in January and February. Spring brought good weather, ensuring excellent budding and, subsequently, an excellent flowering (about 10 days earlier than the historical averages). Completely the opposite was the second part of the season, characterized by continuous rainfalls, even of high intensity (memorable the over 250 mm of rainfall in July), and contained temperatures, with a consequent brightness below the historical averages due to cloud cover. The vines’ vegetative cycle was prolonged by the persistence of these conditions, bringing considerable difficulty in maintaining the grapes in an optimal health status. The first days of September continued with bad weather, but this trend was reversed in the following days which guaranteed a warm and dry harvest.