In the Domini Veneti line, the Amarone from the Espressioni Collection bears a label dedicated to the mosaics found in Villa: the wine is also a vehicle for culture, from Valpolicella to the whole world.

The rediscovery of the mosaics at Villa is not a surprise for Cantina Valpolicella Negrar which, since 2011, has dedicated the label of its Amarone Espressioni Domini Veneti “Villa” to a fragment preserved in the Archaeological Museum at the Roman Theater in Verona. 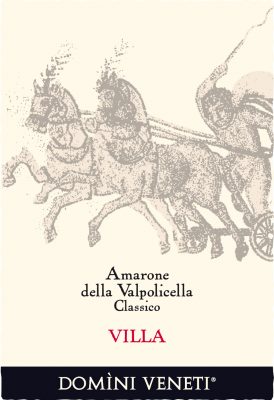 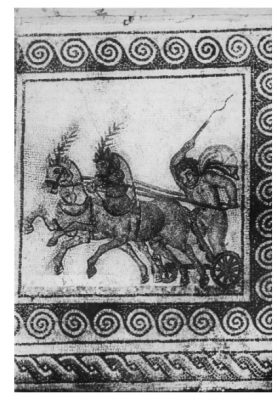 The original mosaic panel, found in 1887 and now preserved in the Archaeological Museum of Verona

Cantina Valpolicella Negrar had already sensed in 2011 the great historical value of the Roman villa, immortalizing its name and finds in a wine project with a cultural value that resulted in 5 Amarone wines, one for each valley of the classic Valpolicella. Among these, the Amarone Villa Espressioni, also produced with grapes from the vineyard of the Giacopuzzi-Bronzo family, a member of the winery, where excavation and coring work took place in recent months, to bring mosaic floors to light. 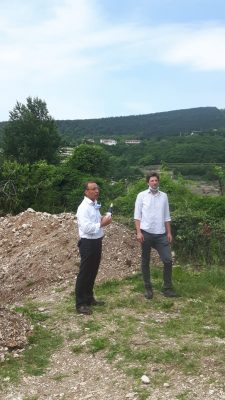 The Director of Cantina Valpolicella Negrar, Daniele Accordini, together with the wine-growing partner, Manuele Bronzo, owner of one of the vineyard plots affected by the archaeological excavations in Villa

Let’s retrace the history of the Roman villa together, until the recent news of the discovery under the Amarone vineyards which is relaunched even by the CNN, thanks to the information of the Documentation Center for the history of Valpolicella. 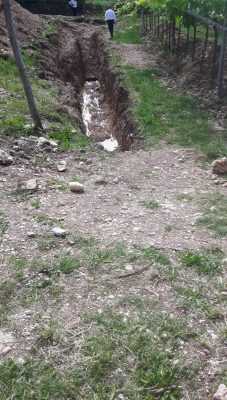 The vineyard in Villa

It is a Roman residence dating back to the II – III century AD with an attached pars rustica for the processing and conservation of agricultural products, in particular the “Rhaetian wines” so famous in the Roman world. Occasionally found in 1887 in the hamlet of Villa, just over a kilometer north of the center of Negrar di Valpolicella, during some agricultural works, it was the subject of study.

Then, in 1922, after an important landslide due to massive rain, Giovanni Battista “Giobatta” Caprini, called to restore the landslide, saw other parts of the Roman villa emerge, signaling the discovery to the authorities. 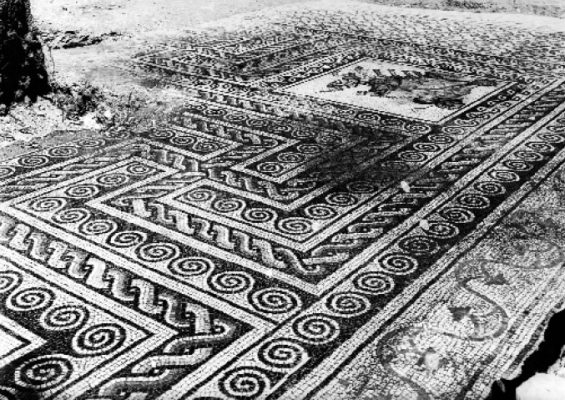 In 1974, during the works for the construction of the home owned by the Giacopuzzi-Bronzo family, another room was found, and the area remained since then and although not fully explored, an area of 270 square meters was identified, interested in the building that we are trying to study more completely today.

The most important elements are undoubtedly the floor mosaics, made between the 2nd and 3rd centuries AD. partially recovered from the excavations of 1887, and preserved in the Archaeological Museum at the Roman Theater of Verona. Images inspired by circus games and gladiatorial fight.

While the latest excavations have brought to light mosaics with intertwined elements with special motifs such as Solomon’s knots and a quadrilobed composition of oval leaves.

Now the colorful plots, preserved under two meters of earth, show themselves in all their colorful beauty in the eyes of the world thanks to the technicians of the Superintendency of Verona, led by Gianni De Zuccato who performed a targeted coring of the soil, partially discovering the remains of the building, with a specific objective: to identify the exact extension and exact location of the ancient building. 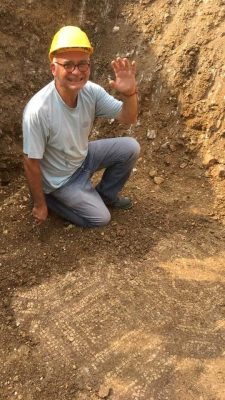 The echo aroused by the discovery is a further confirmation of the goodness of the cultural project conducted for about a decade by Cantina Valpolicella Negrar in the vineyards of the classic Valpolicella to discover its territorial diversity and originality, sealing its importance with names and labels that can be traced back to history of the territory of origin.

Our goal is always the same: to produce the Amarone identifying a territory that, in its DNA, carries centuries of history with it.