Cantina Valpolicella Negrar is strongly committed to supporting its partners in Brazil, even more so during this difficult period, we learned throughout our history that it is in hard times that opportunities are seized.

Brazil, fifth country in the world for total surface area (as vast as the 47,3% of the South American territory), is a very promising country for wine consumption. According to the OIV statistics, the Brazilian wine market is worth about 330 million euros and 1,3 million HL, combined with the 3 million HL locally produced.

In 2019, that is before the pandemic, the imported wine increased in double figures in terms of volume, and increased 7% in value if translated into Real, the local currency (data from Marco Baccaglio, I numeri del vino, July 2020).

Therefore, it is appropriate to invest in Brazil, despite the structural economic problems and the constant currency devaluation of the last few years, especially if we consider that the Country was the destination of a strong flow of Italian migration between the years 1880 and 1930. Today Brazil hosts the largest number Italian population outside Italy (according to the Italian embassy in Brasilia, about 30 million Italians or descendants of Italian immigrants live in the country). Among them, Carlos Ernesto Cabral de Mello, 70 years old, is the most important wine educator and columnist in Brazil, his mother’s surname is Nastari, whose origin is from Agropoli nearby Salerno in the region Campania.

Seen as a legend by everyone who loves wine, Cabral has developed a passion for wine as a self-taught person since 1969 and with him “A new wine chapter in Brazil”. In 1980 he founded the first Brazilian wine association, Sociedad Brasilera dos Amigos do Vinho (SBAV). He has been studying wine for over 50 years and has travelled nearly all over the world. Cabral has published six books about this topic so far and he has been a consultant for 24 years for large scale retail chains. 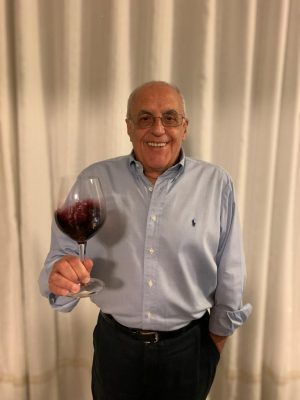 Above all, Carlos Cabral is a gentleman, who has welcomed with regard and courtesy our invitation to answer some questions about the world of Brazilian wine.

Good morning Mr. Cabral, could you please tell us something about the situation of the wine market in Brazil before and after Covid-19?

Our wine consumption was 2,3 litres per person in January 2020. At the end of August we reached the level of 2,7 litres pro capita. In fact the pandemic has caused a remarkable increase in wine consumption in Brazil. Domestic wines have grown by 70% and imported ones by 45%. The latter have not grown anymore due to the strong exchange rate variation (in January 2020 1 Euro was worth 5,50 Real, in August 2020 it reached 6,70 Real).

A positive aspect is that the pandemic has finally introduced the habit of consuming wine at home, where people have started eating with their families, increasing therefore wine consumption.

Could you please tell us, which are the most sought-after wines and what is the age range of regular consumers?

Wines in the price range between R$ 35,00 (5,37 euros) and R$ 50,00 (7,67 euros) represent the 60% of sales, these are varietal wines, with a remarkable preference for the Chilean, Portuguese wines (of which Brazil was once a colony and adopted its language, ed) and mainly Brazilian wines. The most frequent consumers belong to the age range between 25 and 40 y.o. 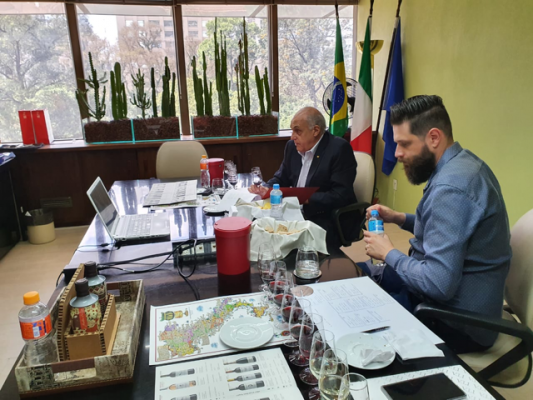 What about Italian wine?

Concerning imported wines, Italian wines switched to the fourth place (surpassing France, ed). The first country is Chile, then Portugal, Argentina and Italy. Wines with FOB (free on board) prices lower than U$D 2,00 are now the most imported. Italy stopped promoting its wines three years ago. Until then we have had a constant presence of DOC and DOCG Consorcia in Brazil that continuously organized tastings. We have known the period of Valpolicella, Bardolino, Frascati, Chianti, Lambrusco and Prosecco, then we stopped, no Italian wine is “trendy” at the moment. There is a great interest in Super Tuscan wines, which are not currently sold because of their very high price. Sicilian wines are really appreciated too.

Do you know the Italian wine territory?

Yes, I have been to Tuscany, Emilia Romagna, Sicily and Lazio. I visited some wineries and did tourism, Italy is wonderful!

What could you tell us about Valpolicella wines?

What is your favourite Valpolicella wine?

Amarone and Recioto, for life. My favourite match is Amarone della Valpolicella, intense, very fragrant and poIished with red meat and game.

What future do you foresee for the wine market and particularly for the Italian wine market?

Italy is very dear to Brazil! We all have Italian origins! Italy has an important influence on Brazil, especially concerning food, so Italian wines have great chances to be consumed again. Nevertheless, unfavourable exchange rates and duties make the market difficult nowadays and the European Union should make an effort in order to reduce them.

About the 4 Amarone Wines tasted by Cabral during the remote meeting with Cantina Valpolicella Negrar in São Paulo :

About the 3 wines of the collection “The Journey” Cantina di Negrar: